What is period poverty and why should you care?

Period poverty is not having the means to purchase period products. But it can also be about having ‘access to safe, hygienic spaces to use them, and the right to manage menstruation without shame or stigma’, according to Action Aid. There’s also the issue of a lack of awareness and understanding surrounding the topic of menstruation, generally. 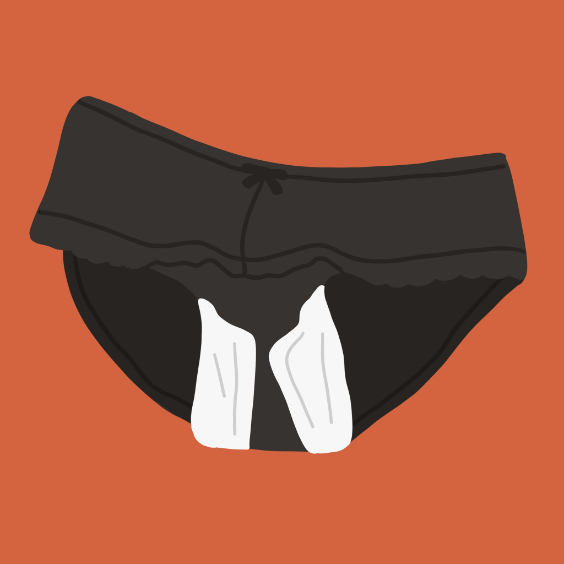 According to an article posted on Hey Girls ‘a survey by the charity Plan International UK found that one in 10 girls or women aged 14 to 21 in Britain cannot afford period pads or tampons’. It seems unbelievable really, but when you break down the cost of period products, consider how regularly and the quantity of which they need be bought, you can start to see how they might not be an affordable item.

The facts are simple. According to The Guardian and recent reports, poverty in the UK is getting worse, and whilst you might think of issues of poverty relating to food, paying rent, buying essential items like clothing, there’s also the item that anyone who menstruates requires monthly: a product that allows them to bleed with dignity.

Additionally, to the fact of money, or a lack of it, entering into the period problem, there’s also a point to raise around periods still being a relatively taboo subject. A recent report stated that one in five young women in the UK have experienced bullying about periods. When you break it down to the basics that half the population could be having a period, it seems pretty ridiculous that this antiquated stigma still lives on.

I saw a post recently that said, ‘anything you can do, I can do bleeding’ and I liked that. The tides are turning, the conversation is opening up, but we need to educate more. We need to get all genders opening up about periods. Call it ‘on the blob’, tell me ‘I’ve got the painters in’, I don’t really care as long as you talk about it. We’ve all hidden our towels or tampons en route to the loo. Even from other women, and if you don’t do this I salute you. I don’t really know why we do it. Especially when we’ve probably synced our period to our co-workers anyway. So, we’re all sneaking around pretending like we’re not on our period, all on our period at the same time. That’s a weird one to consider.

Things are improving for period poverty. In January this year, the government launched a scheme to allow schools and colleges in England to order free period products for students. But, there’s still a significant amount of people in the UK who are struggling to provide themselves with the most basic self-care items. That’s why it’s important that we open up about the topic and ditch the idea that periods are a dirty thing. Periods are normal and everyone should be able to care for themselves on their period, without really having to give it too much thought.

Our site uses cookies to enhance your experience and helps us improve our website. By continuing to browse the site you are agreeing to our use of cookies. You can view our policy here.