When in Doubt, Dance it out! How I coped with my Covid anxiety

Day 17. By my estimation, that’s the day when quarantine life began to really take its toll and my Covid 19 induced anxiety peaked. The symptoms: sweaty palms, heart palpitations, shallow breathing, low mood, short temper – were a whirlpool of emotions experienced within a 24-hour cycle. Contrast this with a few weeks previous when the word ‘lockdown’ was a word seldom used in our everyday lexicon, and I, like many, was just getting on with the humdrum of everyday life with all its low-level emotional ebbs and flow. 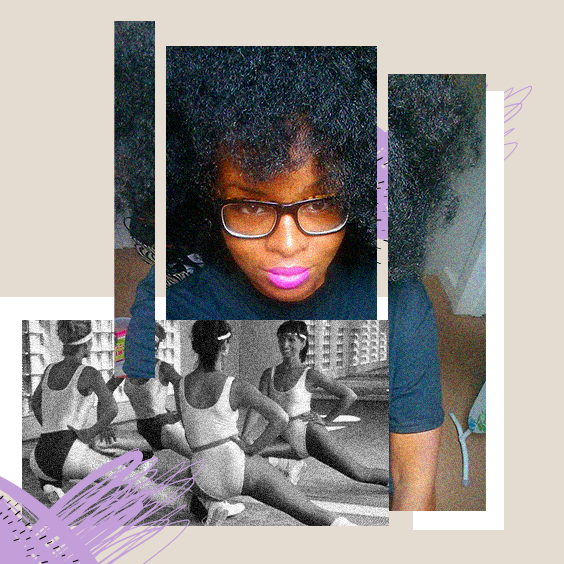 I’m not particularly anxious by nature, and was pretty much my usual stoic self when the media began to express fears that the Corona crisis would spread like wildfire across the UK, culminating in thousands of lives lost and our hospitals overrun with sick patients infected by the highly-infectious virus. Despite the headlines of doom and gloom, a part of me hoped it was mere fear-mongering, which wouldn’t be much of a stretch given our media’s penchant for sensationalism. As such, I simply carried on with day to day life and looked on incredulously at the increasing number of passengers on trains wearing face masks of all descriptions during the daily commute.

Get Outta Your Head

But back to day 17. Day 17 was tough. I received a call from my cousin, a Covid 19 victim, who gave me an emotional blow-by-blow description of her illness and the herculean effort it took both mentally and physically to survive as the symptoms took its toll. My anxiety was further heightened when I learned that a friend had been put in a medically induced coma due to Covid, not to mention, the minute-by-minute coverage of the rising death curve that you couldn’t escape from on the TV or social media. It was all a bit too much. I simply had had enough. I began to feel like a prisoner of the constant trauma playing out in the world and in my head.

While sitting on my sofa in a state of panic, a little voice in my head told me to get up, and get out of my head and into my body. At this point I was too fearful to even step outside so decided to head to YouTube and do some sort of exercise class. YouTube’s algorithm must’ve gotten the message as a chance browse unearthed a video by hip-hop dance/fitness instructor called Mike Peele. I vaguely recall starting one of his routines last year, but never got round to completing it, being the ‘exercise-dodger’ that I naturally am.

The point is, for once in my life exercising is less about losing weight and more about keeping my sanity.

But now with more than enough time on my hands and in need of an effective distraction to get away from our ominous reality, I decided to give it another go. Mike’s videos are presented in 30-minute segments, where he teaches a simple routine alongside two fellow dancers all backed by a banging soundtrack of 80s and 90s hip-hop/R&B hits.  And whoa, what a mood shifter. I’m now relying on my weekly virtual dance classes to cope with the emotional trauma of experiencing a pandemic I.R.L. Mike is fun, relatable, and often drops pearls of wisdom at the end of the video to help us get through the week as his online dance students. For 30 minutes I can literally forget about the catastrophic reality of our outside world, and concentrate on getting the steps right – a body roll to the right, two steps to the left on the count of 4. “WHAT!! You did that, girl” is something you’re likely to hear Mike say encouragingly with a mega-watt smile.

Am I shedding pounds by the day, and now have a body to rival the svelte, chiselled perfection of Naomi Campbell? Hardly! I’m still far too acquainted with the biscuit tin, and even impress myself with the list of excuses I offer in justifying the pouring of yet another glass of wine in the evening. The point is, for once in my life exercising is less about losing weight and more about keeping my sanity. I now get super excited when a ‘reminder’ notification pops up on my YouTube home page advertising the next class (tomorrow’s routine is called ‘Booty Shake’ – I literally can’t wait).

Protect ‘That Thing’ That Gives You Peace

Now, I’m sure not everyone will have the drive or inclination to do any sort of exercise despite my glowing review. I totally get that. This is less about bestowing the virtues of exercise which, has been written about ad nauseum, and more about encouraging us to all find that ‘thing’ that gets us through, as it becomes increasingly evident that the Corona virus won’t simply disappear by the waving of a magic wand. For some, that thing could be devouring the entire contents of Netflix, joining the hordes of banana bread bakers, turning your bathroom into a mini-spa replete with beauty treatments, or looking through your pics saved on your phone and reminiscing on the good old days of two months ago when we were allowed out. Whatever it is, I urge you to please identify it, make no apologies for it, and commit to it wholeheartedly. Now more than ever the words ‘self-care’ have a vital resonance.

Our site uses cookies to enhance your experience and helps us improve our website. By continuing to browse the site you are agreeing to our use of cookies. You can view our policy here.